Yuuzan Yoshida (吉田 優山?, lit. Yoshida Yūzan) is Yoshida Haru's older brother. The two of them don't really get along. Although Yūzan tries to get closer to his younger brother and understand him, Haru still doesn't trust him.

Yūzan looks very similar to his younger brother, though with long, messy black hair, and is usually seen with a smile on his face. In Robico's color illustrations Yūzan's eyes are colored both brown and gray interchangeably. In the anime his eyes are gray. He usually wears red pants, brown boots, and a light grey undershirt with a black shirt over it.

Yūzan is Haru's older brother. He claims Haru has a brother complex, though this is denied by Haru himself. He came to take Haru back home upon their father's request for Haru to attend a nearer school, where their father has more leverage, although Yūzan wants Haru to continue going to school with Shizuku.

Yūzan was often seen smiling cheerfully around everyone, dazzling the female population in his wake. Despite his popularity, Haru was often seen attempting to avoid his sibling at all costs. After realizing the importance of Shizuku in his younger brother's life, Yūzan has resorted to different tricks in order to get his brother to face him properly, going as far as dragging Shizuku to different places and taking pictures which he sends to Haru to guess their location.

However, if the escapee was someone other than his brother (such as Yamaken, who maintained a few traumatic memories of being beaten up by Yūzan in elementary school after being caught bullying Haru), Yūzan would reveal a sense of irritation and a desire to act out his eccentric tendencies to punish them for their lack of respect.

He has a deep love for sweets and sweet-like things. He loves sweets so much that he is even willing to leave in the midst of a conversation to go and buy them and will even wait in a long line whilst others are waiting for him (Shizuku).

Yūzan was also known to distrust and fear women, casually calling them snakes and addicts to cliques around his driver, Andou and his cousin, Mitsuyoshi, on various occasions. This was likely due to his father's bad habits around women and the coldness that was exhibited by his mother.

This article is a stub. You can help Tonari no Kaibutsu-kun Wiki by expanding it.

It is mentioned that when Haru was bullied, he would protect him. However, it is implied that the things he did in retaliation were rather cruel.

In Haru's recollections of their childhood, Yūzan discovered an immense difference in intelligence between them after listening to Haru reciting the contents of a book that was beyond his older brother's comprehension. An impressed Yūzan alerted the nanny about the situation. This supposedly led to the sudden decision to move both brothers to where their father, Taizo Yoshida resides. At first, Yūzan saw it as an opportunity for both Haru and him to develop a loving relationship as a family but that dream was quickly cut short when Yūzan realized that the adults paid more attention to Haru. The time spent between Haru and Yūzan became limited because Haru was constantly examined by testing specialists who would gauge the level of his intellect based on the number of problems he could solve under time limits. While listening to Haru's complaints about being prodded by 'boring old men who keep pestering him with simple problems,' Yūzan became more sullen, citing that Haru is lucky that he is so unperceptive and how he had wondered if his life would be better if Haru did not exist.

The end of the flashback showed a very young Haru fighting violently in elementary school after being teased by his classmates who called him an abandoned child. On their way home, Yūzan casually shot down Haru's hopes of going through school via eternal sick leave by commenting that no student would want to deliver homework to a bully. Smiling at a childishly pouting Haru, Yūzan made a promise to create a world where Haru can feel he belongs.

After Kyoko collapsed, it was implied Haru had attempted to seek for help from Yūzan while crying in a corner but was immediately pushed aside.

Despite the soured relationship between the two brothers, Yūzan was acutely aware of his own cruel actions that resulted in their discord, citing that Haru would never understand anyone, especially "a person like him." As a child, during physical arguments he would always end up victorious without a bruise or a single scratch, those who've heard of him are terrified.

At Chapter 48, it was seen that he got his hair cut (due to Takaya 's influence, Shizuku's little brother) and got busy with his election campaigns.

Yuzan has a deep relationship with Mitsuyoshi, and the two trust each other. They are on friendly terms and are seen hanging out and laughing frequently throughout the manga. Mitsuyoshi tells Yuzan to hang out with him as he has become lonely since Haru's departure. In the past, Yuzan cared about Mitsuyoshi and Mitsuyoshi's mother and nagged his father so that he'd pay for Mitsuyoshi's mother's surgery. Yuzan also trusted Mitsuyoshi enough to ask him to take Haru away. Later, on a fishing trip when they are adults, Mitsuyoshi shares some wisdom with Yuzan, and Yuzan tells him that he is a really great guy and that he has lots of love.

His younger brother, Haru at first runs at the sight of him. Yūzan then calls him a coward most of the time, but seems to genuinely care for Haru. Yūzan and Haru used to be close brothers and would play with one another all the time. In the manga, Yūzan distanced himself from Haru because Haru received more care from his parents than he did. Jealous, Yūzan did what he could to distance himself from Haru. He hated Haru because of this. Later in the anime, it is revealed that Yūzan and Haru went to the same middle school as Kenji, and Yūzan would defend Haru from Kenji. When Yūzan returned at his father's request, he made it clear with his actions that he could be a genuinely caring person.

Yoshida Yūzan remembers his mother as he was older when his mother left the main house after giving birth to Haru. His mother talks to him and acknowledges him, unlike Haru. She refers to Haru as 'Dirty Child' and Yūzan is aware of it.

Much to Haru's displeasure, Yūzan is close with Shizuku. He often relies on her for help in his relationship with Haru. He sees her as a reason to visit Haru more often either because he needs her help or he wants to talk to Haru. More often than not, Shizuku acts as a bridge for the brothers.

At the special chapters, it seems that they have grew a special friendship with each other. This is mainly because Yūzan always shares his sweets with Takaya. 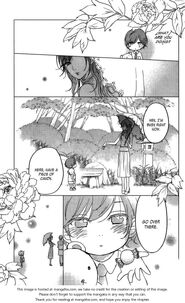 Yuuzan remembers his mother giving him candy and ignoring him. 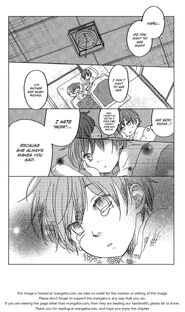 Yuuzan remember his time with Haru when they're little. 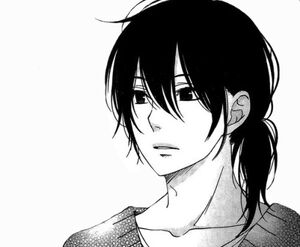 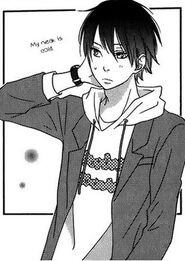 When his hair got cut. 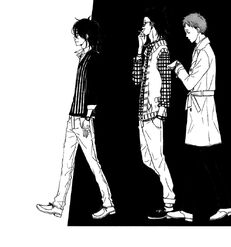 Yuuzan, Misawa & Andou
Add a photo to this gallery

Retrieved from "https://tonari-no-kaibutsukun.fandom.com/wiki/Yūzan_Yoshida?oldid=10046"
Community content is available under CC-BY-SA unless otherwise noted.